To line, or not to line

There I was, sewing a summer dress, back in the summer this was, and I said to my sister, "I can't decide whether to line it or not."
"Line it." She said, "because then it's a three season garment, rather than a one season garment."
Well it turns out that she was right, because I lined that dress and I wore it in summer, autumn, and now, with tights and boots and a cardy over top, in winter as well. Three seasons, just like that. I might even wear it in spring, which is just around the corner now, making it a four-season jackpot. 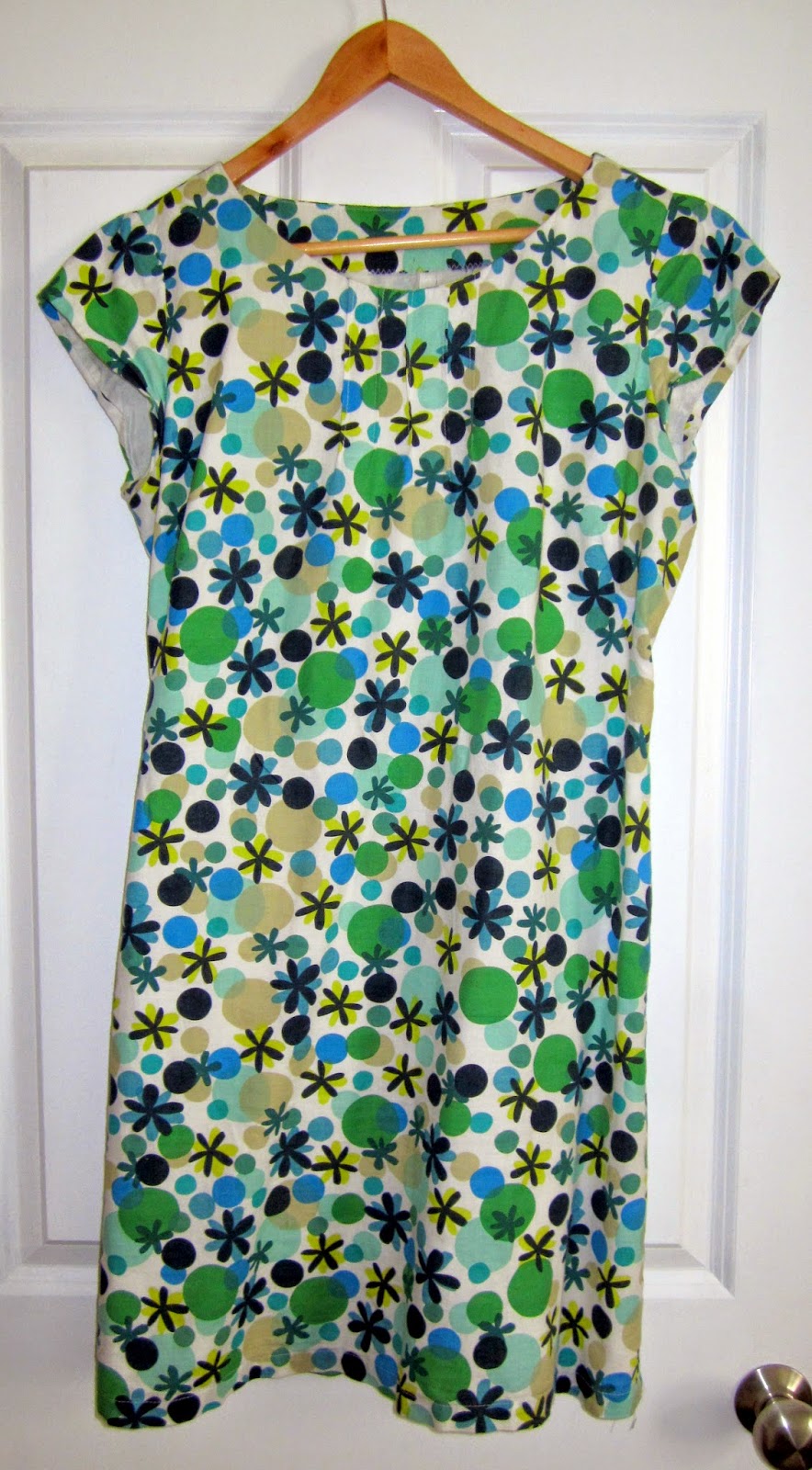 This dress is, hmmm, now what pattern was it now, oh yes, New Look 6080. I've also made the top from this pattern, which was very nice. I particularly like the wee line of pintucks down the front. 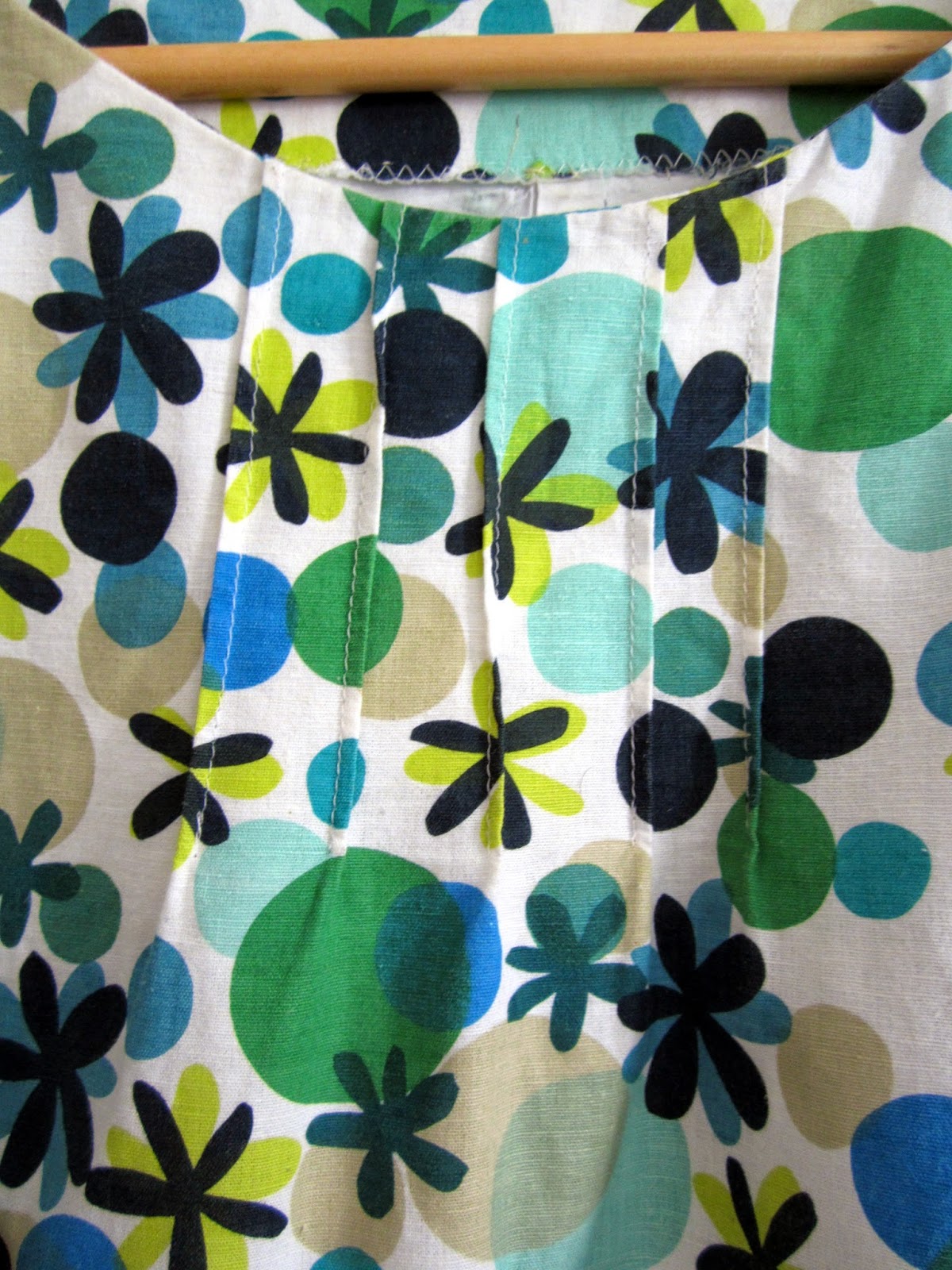 After I'd finished making the dress it was a little unshapely, an issue that I addressed thusly:
First, I put this wee elasticated gather across the back by stretching elastic across then using a very wide zigzag to hold it in place. 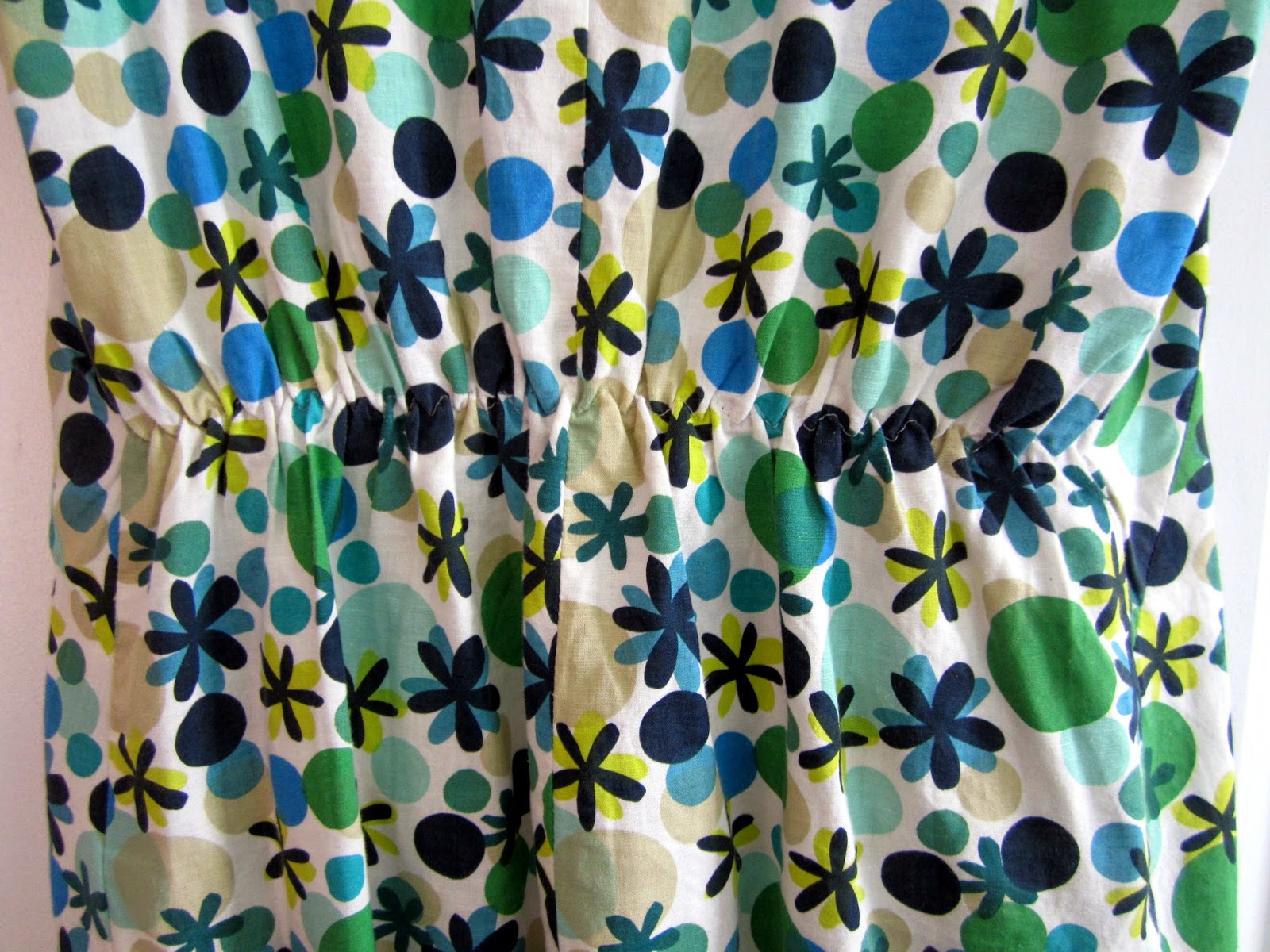 Then I made a belt, which just ties in a simple knot. That pulls it in a little more, and also covers the gathering at the back. There, that's much better. 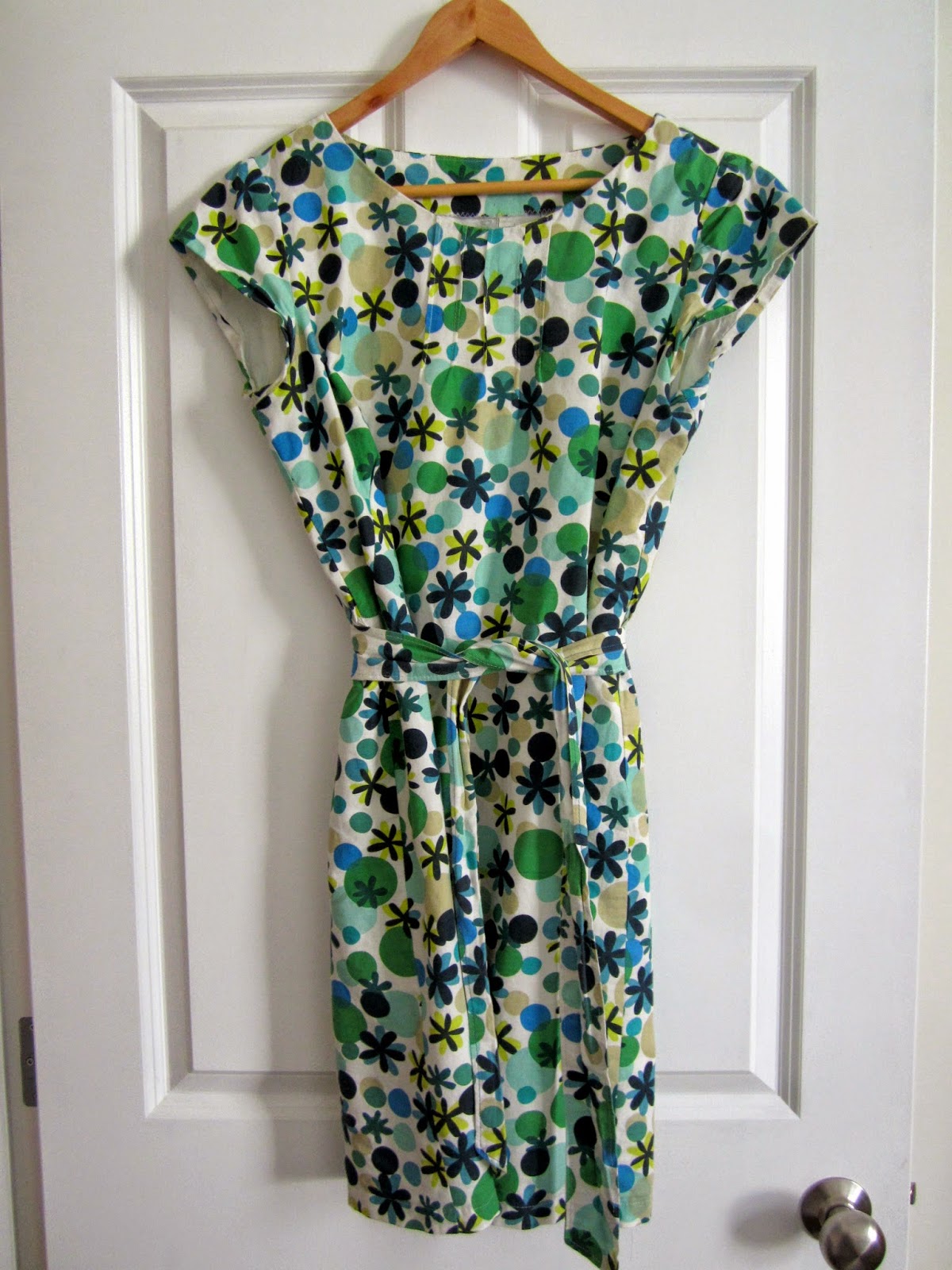 And here is some proof that spring is just around the corner now, just in case you need it. Daffodils....a little droopy as I couldn't find my camera a few days ago, but they have been cheering me up all week. 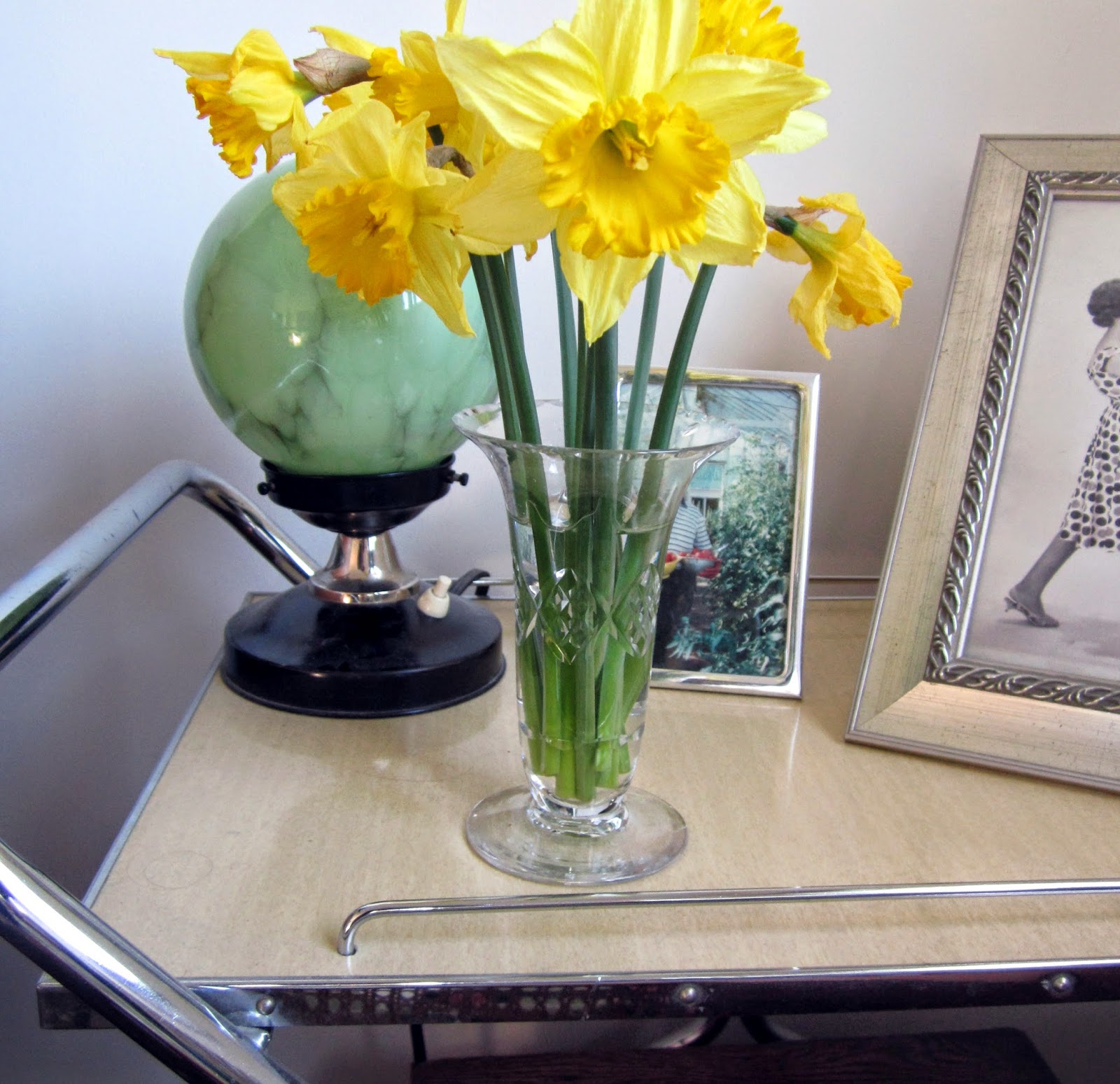 And so has this modest arrangement of junk-shop finds on my china cabinet. So often my bits and bobs end up in messy piles on my office desk. I really must take more care to arrange them aesthetically, because it is nice to take the time to appreciate them. 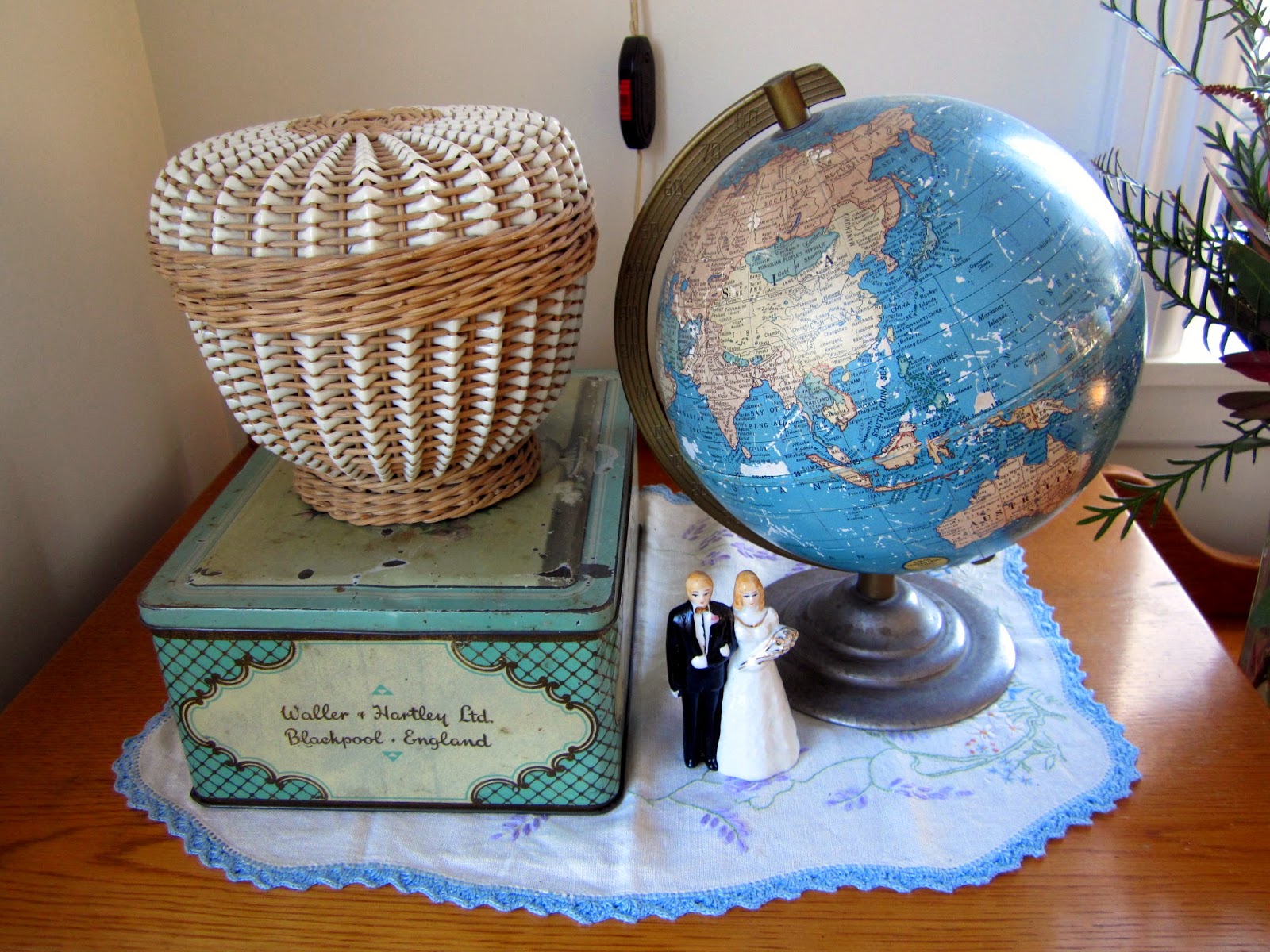 The world and everything in it. Not too much to ask, is it?﻿
Posted by Miss Smith at 11:18 AM 7 comments: Links to this post