Hello friends, good gracious, another year has started already. You know, I checked my stat counter the other day, and was surprised to see how many hits there were. It really is so good of you to pop into visit this blog even though my posts are rather sporadic these days. I had thought of deleting the blog altogether, but somehow it has a small life of its own and I would be too sad to lose it, and all of your comments, if I shut it down. So thanks for being such good visitors.
So now for a somewhat tardy Christmas recap...I made quite a few presents this year, one of my favourites being this bag from the wonderful book Sweet and Simple, by Melissa Wastney, which has lots of projects for adults as well as for kids. True to the title of the book it was simple to make, all the bits fitted together just as they should, and the construction was the easiest of any bags I've made in the last year or two. I made it in corduroy, with a light green striped business-shirt-like cotton lining. The ironic label use (my label is "Miss Smith") was particularly satisfying, as I made this bag for another person called "Miss Smith". True story! 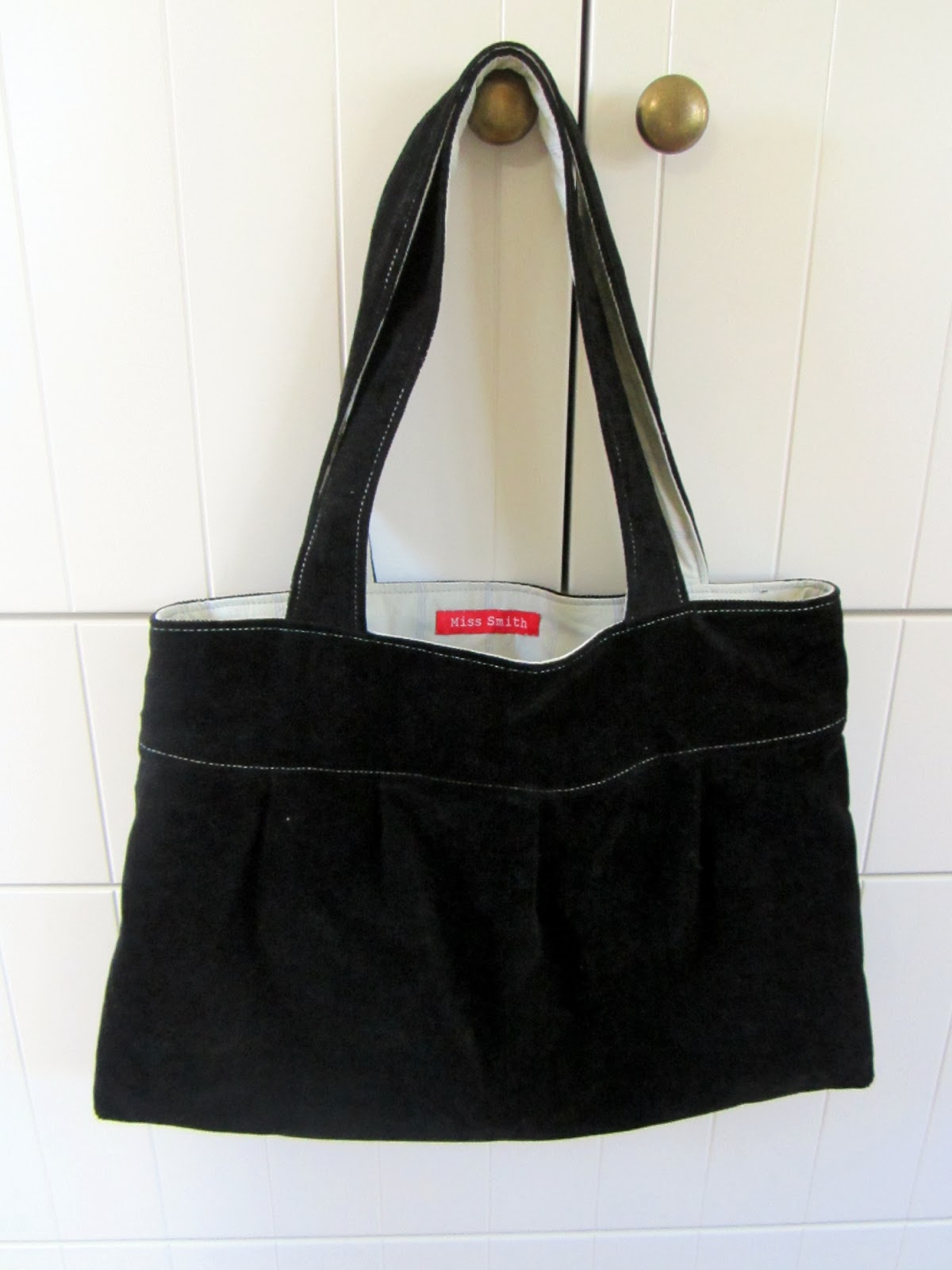 I also made some pillowcases from the same cotton- these were for a 22-year-old nephew of mine. A difficult age bracket to buy for as I have no idea what young men are into in this day and age. When I was 22 all the lads I knew liked playing Doom on large computers and drinking beer. Things may or may not have changed since 1995, but surely all lads like a nice matching pair of pillowcases. Well at least I didn't sew him some underpants. That would have been much worse. And embarrassing. 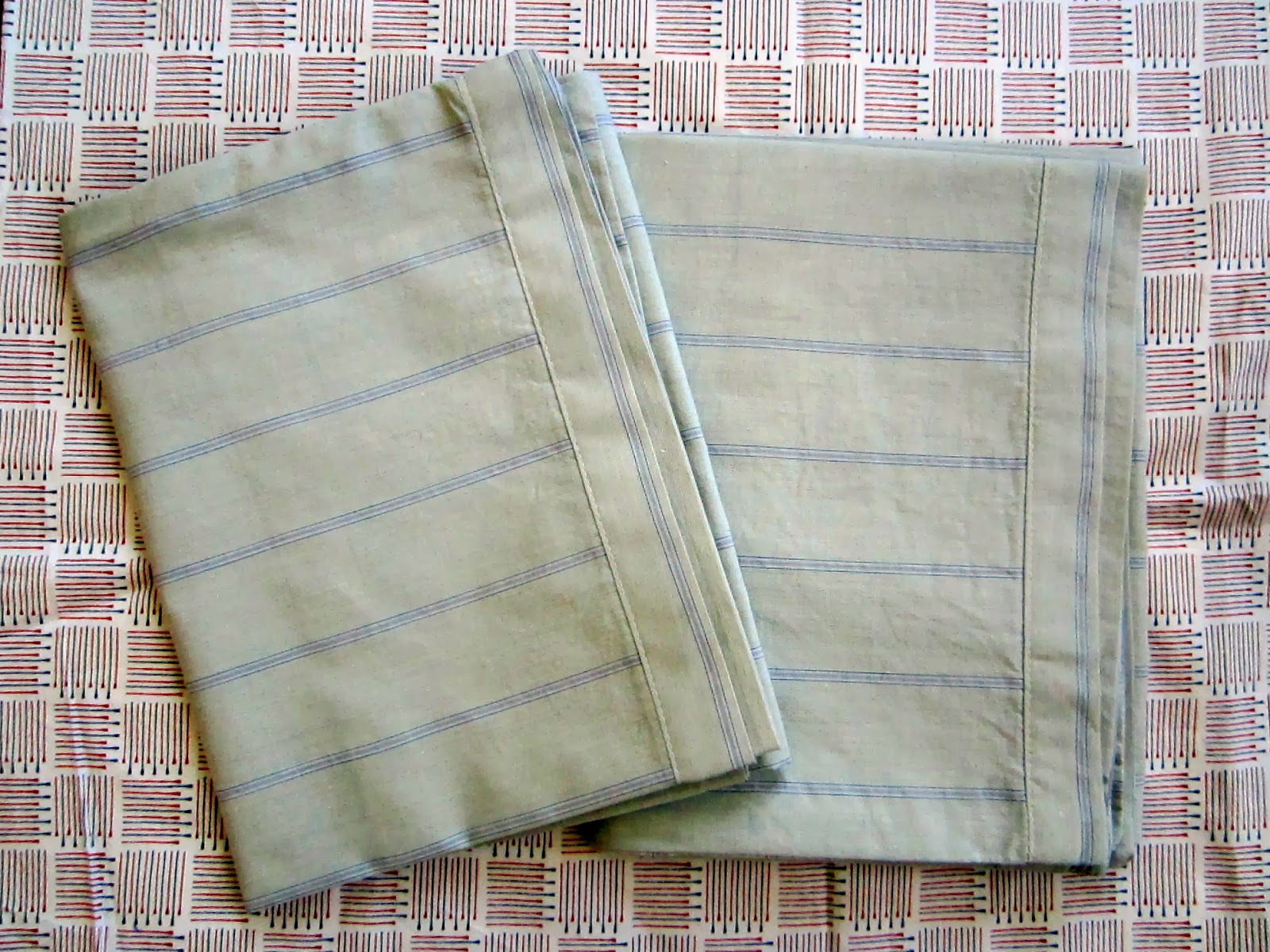 Here's one of the loveliest presents I got, a big bunch of hydrangeas. Not a single stem, as that would be a Lone (hyd) Ranger. Heh heh heh. 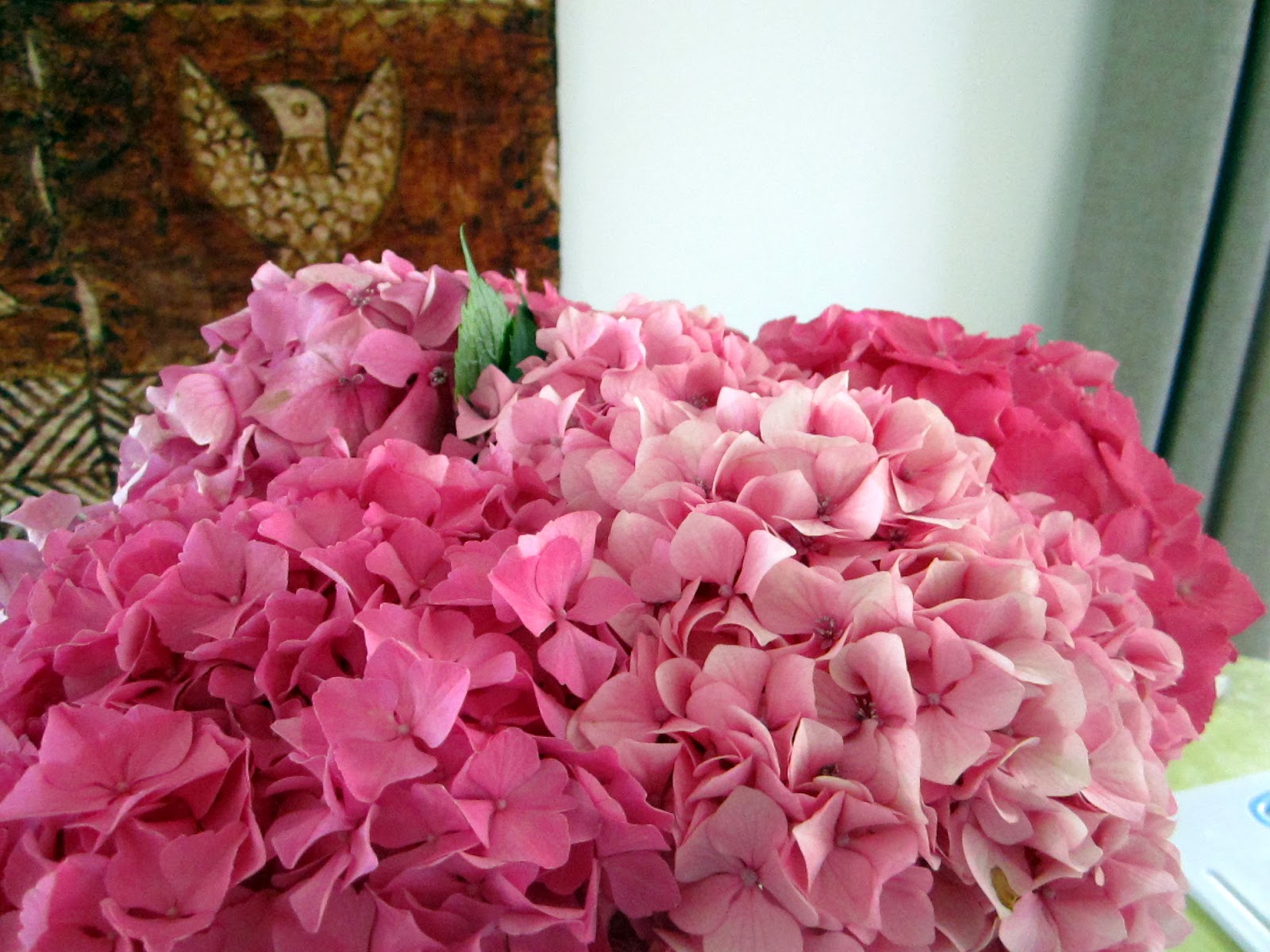 And now that Christmas and New Year are over, I am head-long into preserving season again. So far, I've done beetroot, plums, plum jam, and tomatoes. When I was done bottling the plums I had some juice leftover and it would have been terrible to tip it out, so I added some gelatine and made it into a jelly. That reminds me, I once went to the launch of a cookbook about desserts, and the author said "Never serve jelly at a party after 10 pm. The guests will throw it around." I hadn't forgotten that piece of advice so I served the jelly as an afternoon tea treat. It was received warmly, and wobbily, by all of the children present. 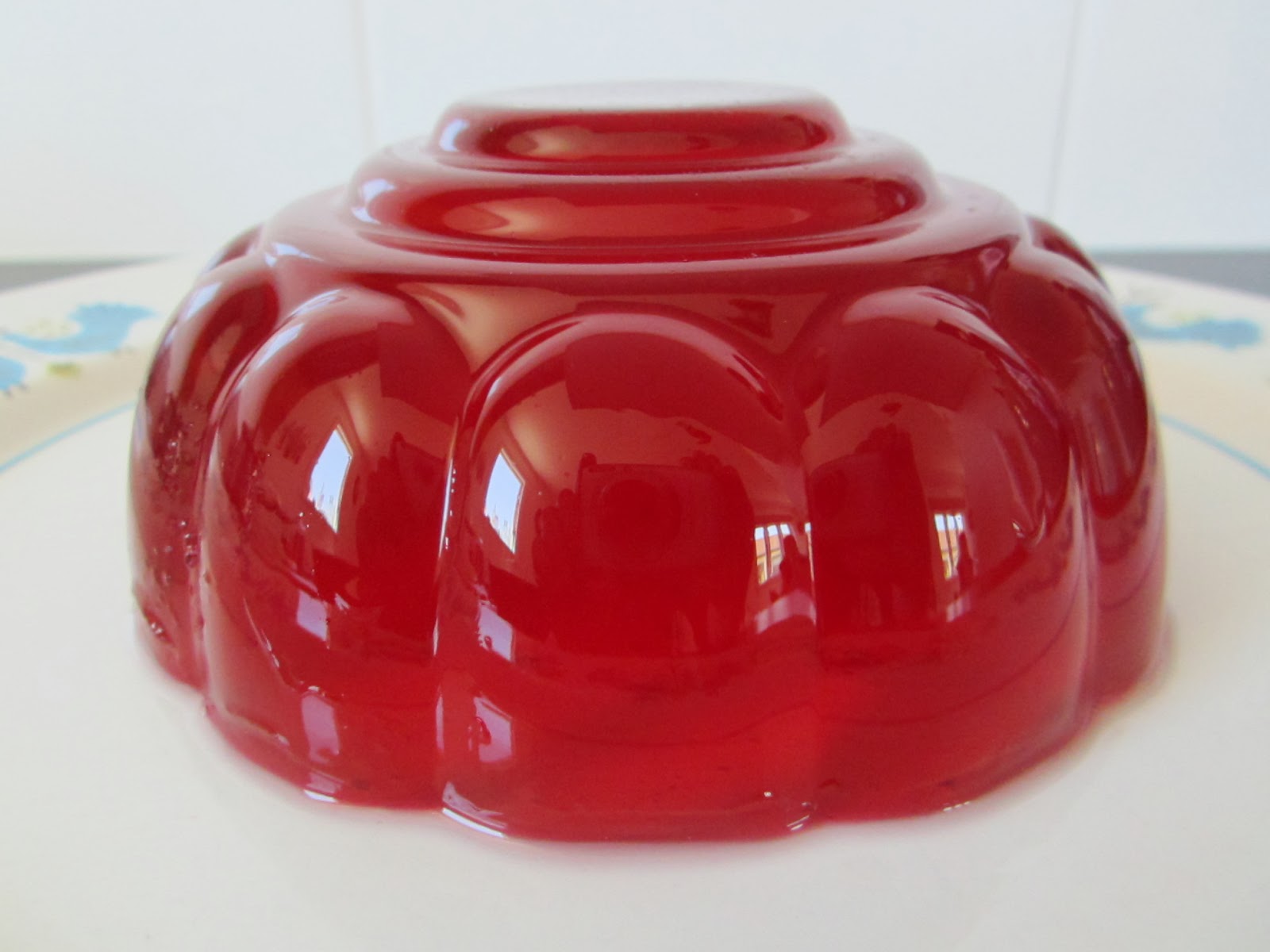 Now that I think about it though, just what kind of a party is it when jelly IS served after 10 pm??? The whole idea gets weirder and weirder the more I think about it. Well, there's something to ponder on for 2014. Don't say you never get inspiration for deep reflection reading this blog.