Joe and Cornelius, and parental obligations

Hello friends,
Last post I rashly asserted how much I enjoy making things. Well, my advice to you is to be careful making such rash statements, because no sooner was the virtual ink dry after writing that did I get conscripted into making costumes for a show my daughter was involved in. But Hark, I protest too much, I actually rather enjoyed this voluntary role, especially when I compare it with other things I've done in a voluntary capacity as a parent. The costumes were hilarious, over-the-top, deliciously camp, and sparkley. I'd show them to you but such was urgency for them that they were whisked straight from my sewing machine onto the backs of the perfomers. Instead, I'll show you the lovely thank-you letter I got! 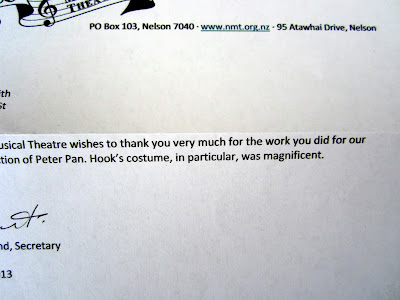 I was tickled magenta to recieve that, I really was.

The short time frame to complete those relatively large sewing projects was actually very good for me. It made me wonder why I don't do things for my children or myself unless a fire is lit underneath me. So, as soon as the sewing machine was packed away, I resumed work on a project that had been dead on the needles for more than a year: Joe and Cornelius. 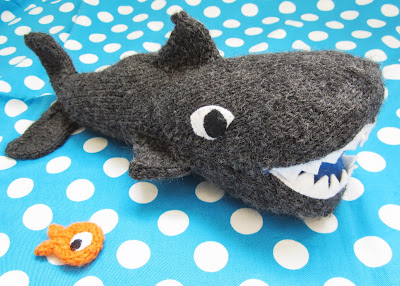 These charming knitted friends are from More Knitwits (Katie Boyette). I had this book out from the library an age ago and we all fell over ourselves chuckling at the great characters. The kids instantly ordered some up for themselves, and I began knitting with gusto but then got sidetracked with house renovations. Somehow my brain could not accommodate circular knitting while my fingers were occupied with writing cheques.

Anyway, I loved seeing these guys all knitted up, I loved how my big 10-year-old boy was as delighted as a 3-year-old to finally have them, and how they now live on his bed. I might even rashly commit to knitting some more of the characters out of that book, there are so many cool ones.