The relative inactivity on my blog this year has been due to some major renovations at our house. Would you like to see what's kept us so busy? I'll just do room by room hey. Not too much all at once. 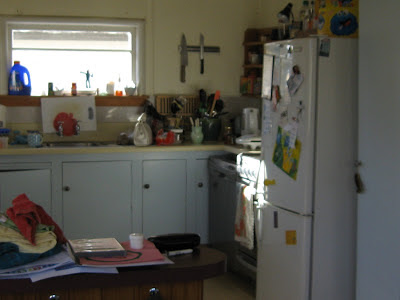 This was our old kitchen: funny old cupboards, not much storage space, appliances higgledly piggledy where ever we could squeeze them in. It looked better when it was tidy, but that hardly ever happened because there was nowhere to put things away.
I now show you, with much pride and excitement, the new kitchen. Lots of cupboards to put things away, drawers, and proper spaces for appliances. I tell you, I am living like a grown up at last. The tiler sighed as he did the white butcher tiles on the splashback "I haven't done one like this for years" he said "everyone's going with mosaic tiles or glass these days". Not us Mister. We like the old-style stuff. 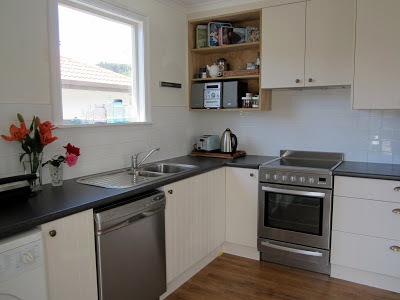 We had some open shelves made out of plywood to go in the new kitchen, because I have *special things* that I like to look at. These shelves are among my favourite things in our new, old, house. 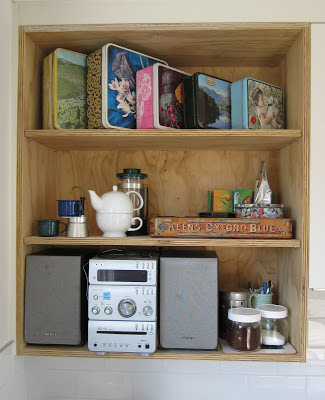 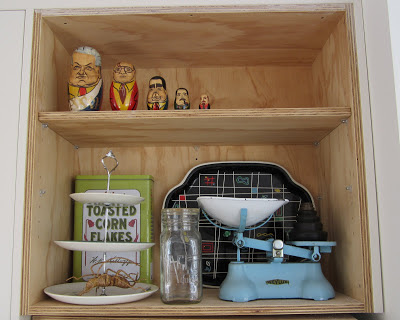 Along the window sill are some old bottles and jars. Some of them were found under the house when we ripped up the floors. Some were gifts from my late Dad, who also had a fondness for jars, like me. I wish he could see our new, old, house. He would think it's cool (although he would cringe at the thought of spending money, also like me). 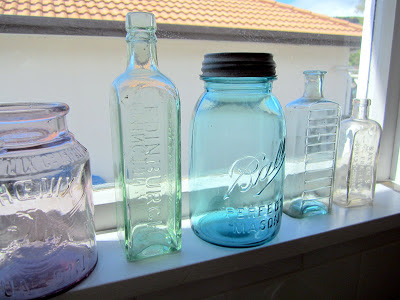 It's a funny thing, spending money. My Dad spent his whole life modelling thriftiness and I am so grateful to have had that upbringing. I found it so hard to agree to spend money on the house because it seemed to work well enough as it was, but I love it now that it's so functional and so consistent with my aesthetic. Ha! Who even knew I had an aesthetic?! I don't think I would have appreciated how nice the house looks now if I had always expected it to be so. Contrasts are a wonderful thing in life. Happy and sad, disappointed and proud, heartbroken and in-love: you can't have one without knowing what the other feels like.