May I introduce you to some old friends

I have some lovely old friends: my vintage dresses. We've been friends since I was a teenager. The first vintage dress I ever bought was at a fair when I was 14. It was a size 8 chiffon 1950's dress in light pink and I wore it all summer. By the time I was 16 I couldn't fit into it anymore, but it was the beginning of something beautiful.
This is one that I bought 16 years ago when I was 23. I've been too fat for it several times over the years since then but I can just squeeze back into it now and the excitement of that event has led to this blog post. Hey there Red, good to see ya again. 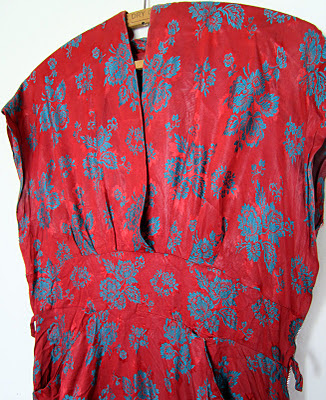 Little Miss Sparkley Pink Paisley Lurex is another old friend from those days. I can just squeeze into this one too but breathing, eating, or drinking would be extra. Oh well. Another few kilos down and I'll celebrate by wearing it out and having a thimble full of champagne while breathing shallowly. 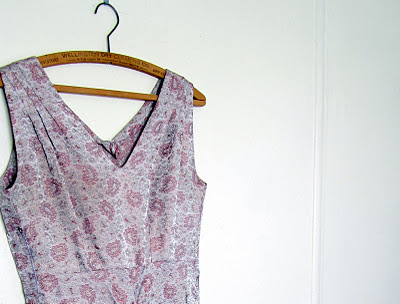 This blue house-frock is a little more age and life-stage appropriate for me- definitely has a hausfrau feel to it and it does so love to be worn while I mop floors and peg out laundry. I had a feeling this dress missed her old owner when, of all the strange things, a woman in town stopped stunned in front of me the other day and said "That used to be my dress!". We had a wee chat about it and since then I've felt like it's made itself more at home with me. 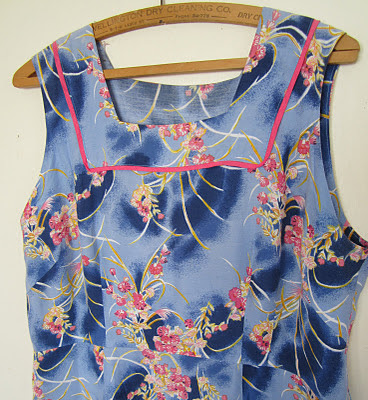 The thing about vintage dresses is that really, they're happiest hanging out together, so when you have one you seem to attract more to join in the partay. The green one below was a gift from a woman who I see when I drop the kids at school every day. I hardly know her, but she shouted across the playground, "I have a dress for you!". I've really enjoyed wearing this, it's so soft and it's a shape I wouldn't normally wear, but it feels exciting and different. 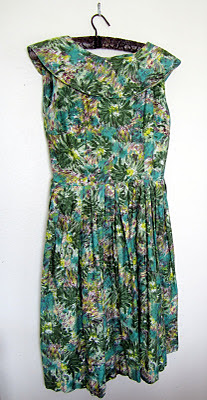 Email ThisBlogThis!Share to TwitterShare to FacebookShare to Pinterest
Labels: vintage

I've finished two things since we last met: the year, and The Quilt. 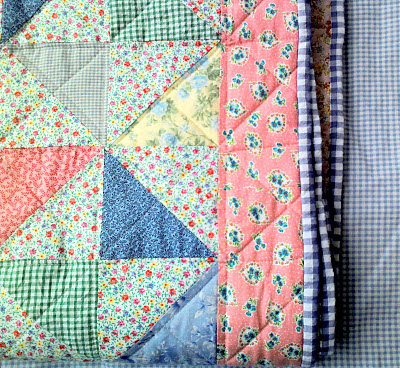 I was glad to finish the year because there were times that it sucked. I'm sorry to be so blunt, but there it is.
I was glad to finish the quilt because it was so nice and I was so proud of it! There are some things it might amuse you to learn about this quilt. First, I didn't choose the fabrics. They were throw-outs from Melissa, who makes very beautiful things. I think the fact that my taste didn't come into it too much is a major reason in it turning out so well.
Second, I made two rules for myself in sewing it:
1. I would remember that I was sewing it as a gift of love for my daughter. Therefore, if she came and wanted my attention while sewing it, I was to be nice and not tell her to leave me alone.
2. I wasn't to buy any fabric for this quilt at all, in keeping with its status as a scrap quilt.
The first rule I broke about 50 times because I love to be left alone while sewing. In the end I decided it wasn't so bad if she remembers that I was sometimes a bad tempered mother. Everyone I know remembers their mother as being bad tempered at times, it's just how it is.
The second rule I broke when I needed a border. I chose the pink because it was girly and cute. I broke it again for the backing- I was going to use seersucker from my stash, but ended up buying some lovely soft pink thing from the sale table at Spotlight instead. Because I wanted to. 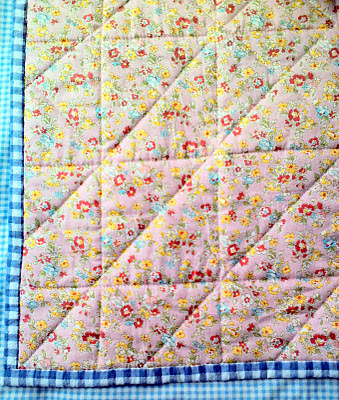 (No it's not your monitor, my camera is MIA and I am using crappy photos from my phone instead).
Anyhoo, here's to a great year of breaking rules and being bad tempered at times! Hooray!