It was a raaaaaspberry beret

Actually, it was a ruby slouch hat, but how could I miss an opportunity to introduce my latest knitting project with a circa 1984 song by the artist formerly known as Prince?

My raaaaspberry beret is not the kind you find in second hand store, no, it's the Turvid Slouch Hat, the *free* pattern for which is here (found via Ravelry, of course). I finished knitting it at a knitalong last Sunday (with generous helpings of sticky lemon slice and other good things to keep our strength up- thanks, fellow knitters). 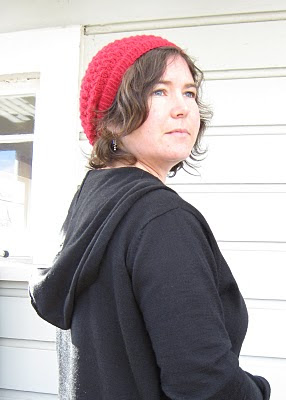 When I finished knitting this hat it was not especially slouchy. I despaired, briefly, before remembering that my knit-tastic friend Linda had suggested blocking it over a plate, like you would a beret (who ever knew that you block berets over a plate? Not me). I used a crown lynn Royal New Zealand Navy plate, but I'm sure any plate would do. 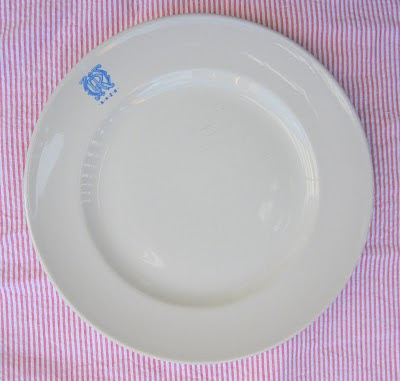 You wet your slouch hat, stretch it over the plate, and dry it. Hey presto, slouchy! 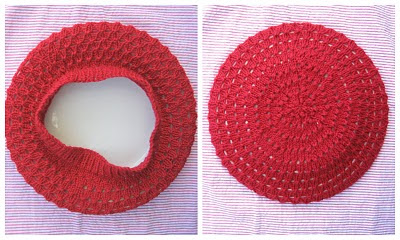 I must also go on to dispel another myth in that song by the artist formerly known as Prince. If it was warm I wouldn't wear this hat at all, because it is 100% wool and is therefore quite toasty on the noggin. No, if it was warm I would wear a skirt and a t-shirt, probably.
This pattern was easy peasy lemon squeezy, and they are just the kinds of patterns I like. It comes very highly recommended by Me.

Email ThisBlogThis!Share to TwitterShare to FacebookShare to Pinterest
Labels: knitting

I love this time of year. As well as the beautiful soft late-autumn light, which somehow makes me melancholy yet happy at the same time, there's the fantastic show put on by the trees. Is it only me, or does everyone love seeing what's under those leaves? I just love plant architecture- the branching patterns and the way plants' limbs occupy space. My family got the 'quirky interests' genes in spades, I think.
These lime trees are so lush in summer, but in winter their knobbly skeletons are just as beautiful. 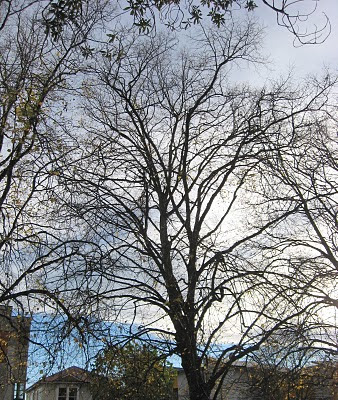 These two oaks by the dairy crack me up. Why does the one on the left get its kit off so quickly while the other hangs onto its leaves till the last moment? Is it just modesty?

Then there's the conifers. Too modest by half. They never shed their leaves, they just snuggle down under their needles and keep their branches away from prying eyes. Selfish.

New Zealand plants, even though few are deciduous, are much more obliging. This wee Stephen's Island kowhai doesn't let the leaves mask its cute zig-zig branches. 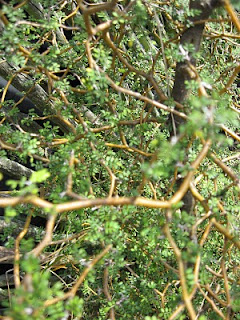 And here is a seed pod that should make you all guffaw. Remember our discussion a while back about Yonic Symbols? Get a load of this?! 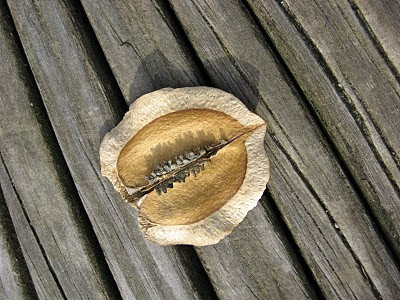 I found it while I was out walking with the kids the other night. I roared with laughter. The wee ones rushed back to look. "What's so funny, Mum?"
"Kids, sometimes plants just make me so happy!"

There's nothing I like better than a home-made card for Mother's Day, especially one that comes in an appropriately labeled envelope, on my breakfast-in-bed tray (coffee and honey on toast, yummy). 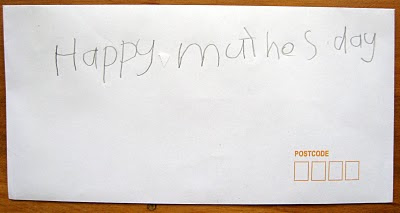 Harry thought a lot about what to write in his card for me. I think he was remarkably thoughtful- "Dear Mum, Hey mum how is your sewing going? Are you making any of those robots? Bye." 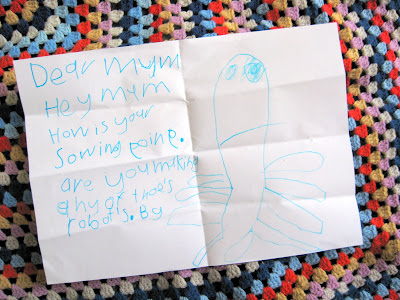 He also made me a robot because he knows I like them. Isn't it awesome? I can see I'll end up copying this in some form next time I'm sewing a robot. 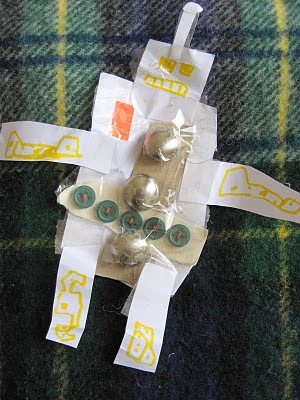 And Sylvie picked this lovely flower for me, made me a beautiful card with a flower on it, put it in an envelope, and wrote "Mummy" on it. 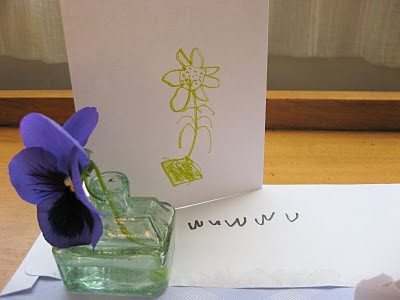 What a great Mother's Day. You know, I never thought I'd get into Mother's Day in a big way. Part of me thought it was just a big tacky commercial campaign to get people to buy pots and vaccuum cleaners and perfume. But now that I have two little children who make me special things and beautiful cards and who go out of their way to tell me they love me, I like Mother's Day a lot.

Posted by Miss Smith at 3:10 PM 9 comments: Links to this post

What do you do when you can't do nothing?

Blogfriends, the curtains we talked about last post attacked me. Slowly, surely, hanging those curtains resulted in a shoulder sprain that has laid me low all week. Did you even know you could sprain a shoulder? Well you can. I did.

You'd think that complete rest of my right arm would give me a free license to do nothing and revel in it, but frankly, I was bored out of my friggin tree. Days 1 to 3 of said shoulder sprain are best not dwelt on. However, after 4 days some light activities could resume so I set about making some cards with an old 1960 NZ Pictorial Magazine.

Card No. 1. A power station. I think a 2010 Pictorial Calender could feasibly show people protesting against power stations and mining and so on. 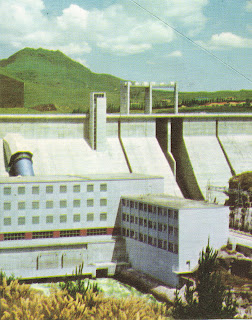 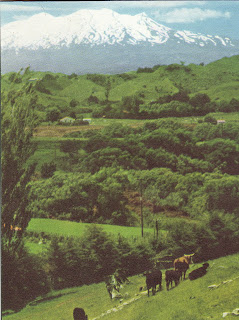 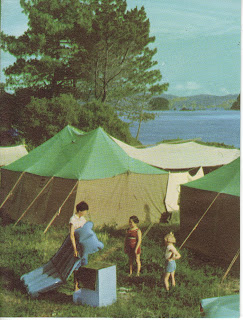 Card No. 4. Enjoying the outdoors courtesy of a sun umbrella. I wish I had been doing this all week, instead of lounging on the couch shouting to anyone who'd listen for more painkillers, anti-inflammatories, and cups of coffee. 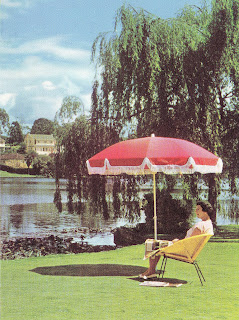 Oh! I also started work on my new blog. It's all my Grandad's letters from WWI, typed up as I get around to it. Probably only interesting to family and military types, but feel free to go have a look. What do you do to pass the time when you can't sew?

Posted by Miss Smith at 6:48 PM 5 comments: Links to this post