Lotta and the very silly hat

Once there was a wonderful designer called Lotta, who wrote a book of simple sewing and included in it a pattern for a very styley sunhat.

The hat was carefully cut out and even more carefully constructed, because as I said, it was very styley.
However, the hat pattern was actually for a very silly hat, because the brim was far too long and far too steep. In fact, it was more like a lampshade. A quick google search found that there were plenty of creative types cursing this very pattern. The hat was so silly that all you could see when wearing it was its insides. 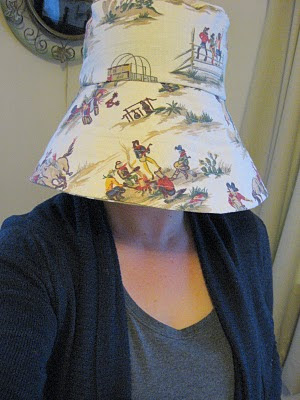 My old Dad used to say "laugh, and the world laughs with you; cry, and you cry alone". Not on this occasion though. I had a good old whine about the very silly hat over on Miss Flossy's blog, and she very kindly sent me a much better hat pattern. Much much much better. Using the new pattern as a guide, I trimmed down the Lotta hat's brim by a massive 5 cm. That left a rather ungainly edge so I made a strip of bias binding and sewed it on. Then I took a photo of it so that I could show it to you, yes, YOU. 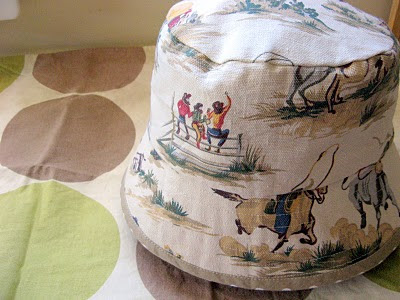 And that is the end of my story.